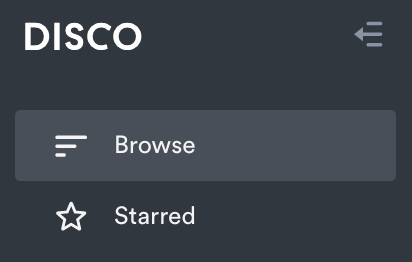 Starred contains playlists you've created or starred, and tracks you've either uploaded or starred. Starred allows you to keep track of what you've sent and curate a personal library within the larger team library. To add any playlist or track to your Starred collection, just click the star icon on any track or playlist: 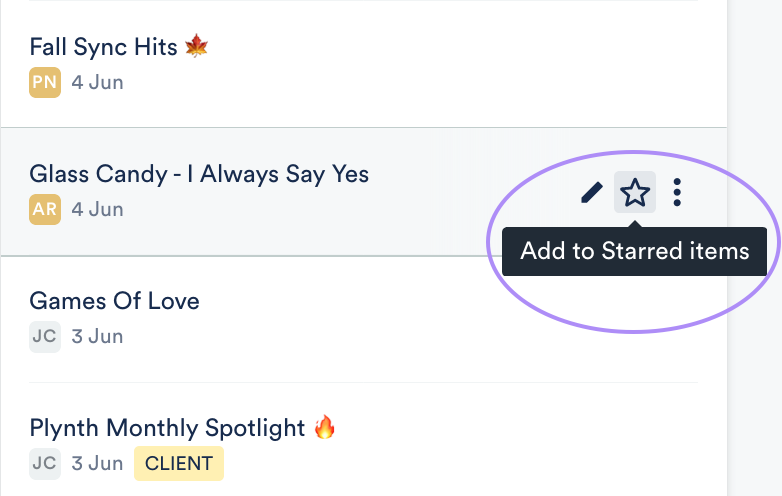 Where are Team Library and My Library?

In the new DISCO design, Team Library has been renamed Browse, but still functions much the same: it’s a feed of all the playlists and tracks you have access to. The main difference is that Browse is not the same from user to user in a team, as Team Library was. If you save a private playlist only you can see, it’ll show in Browse for you, but not for your teammate.

Similarly, My Library has been renamed Starred, and it still contains all the tracks and playlists you’ve starred in DISCO.